I have a crystal ball.

I can tell you what tomorrow's case number is going to be almost perfectly: it's today's case number, times whatever the average growth rate has been the past week. Applied over all the countries in the world with lots of cases, this scheme manages a 99.91% correlation1.

That is to say: whatever the case number you see in the newspaper is, you could predict it almost perfectly with information you had already. Daily case count headlines add nothing. After you've read the first few, reading any more tells you nothing new.

So if there's no point in you reading about case counts, what should you read about instead?

Taking my dumb average-over-the-past week model and applying it to the US today, then by the 13th of May there should be more cases than there are people in the US.

I would be ecstatic with that lede. I badly want a loud, angry row about models and modelling assumptions, because that's the only way to peer into the future and get ahead of this thing. But I have not seen anything like that, anywhere3.

Until the day we get such a big public discussion, I would strongly suggest following the the Good Judgement Project's dashboard as the product of a private discussion about models and modelling assumptions4:

Their models suggest there'll be somewhere going on 250 million cases of coronavirus by this time next year.

EDIT: Originally I picked a billion as the average of the above distribution. Two days afterwards I actually went and took a geometric average and decided 250 million is more reasonable. The mathematician in me says '250m vs 1bn is much of a muchness on a distribution like that', but the pragmatist says I really should've done the maths first then wrote this post.

Now if you've been looking at the news, that might shake you to your bone. But if you came back tomorrow it'd no longer be informative, it'd be no longer worth reading. What's informative, what's the thing you should read daily, is the trend, which you can see via the 'Show More' button on the dashboard: 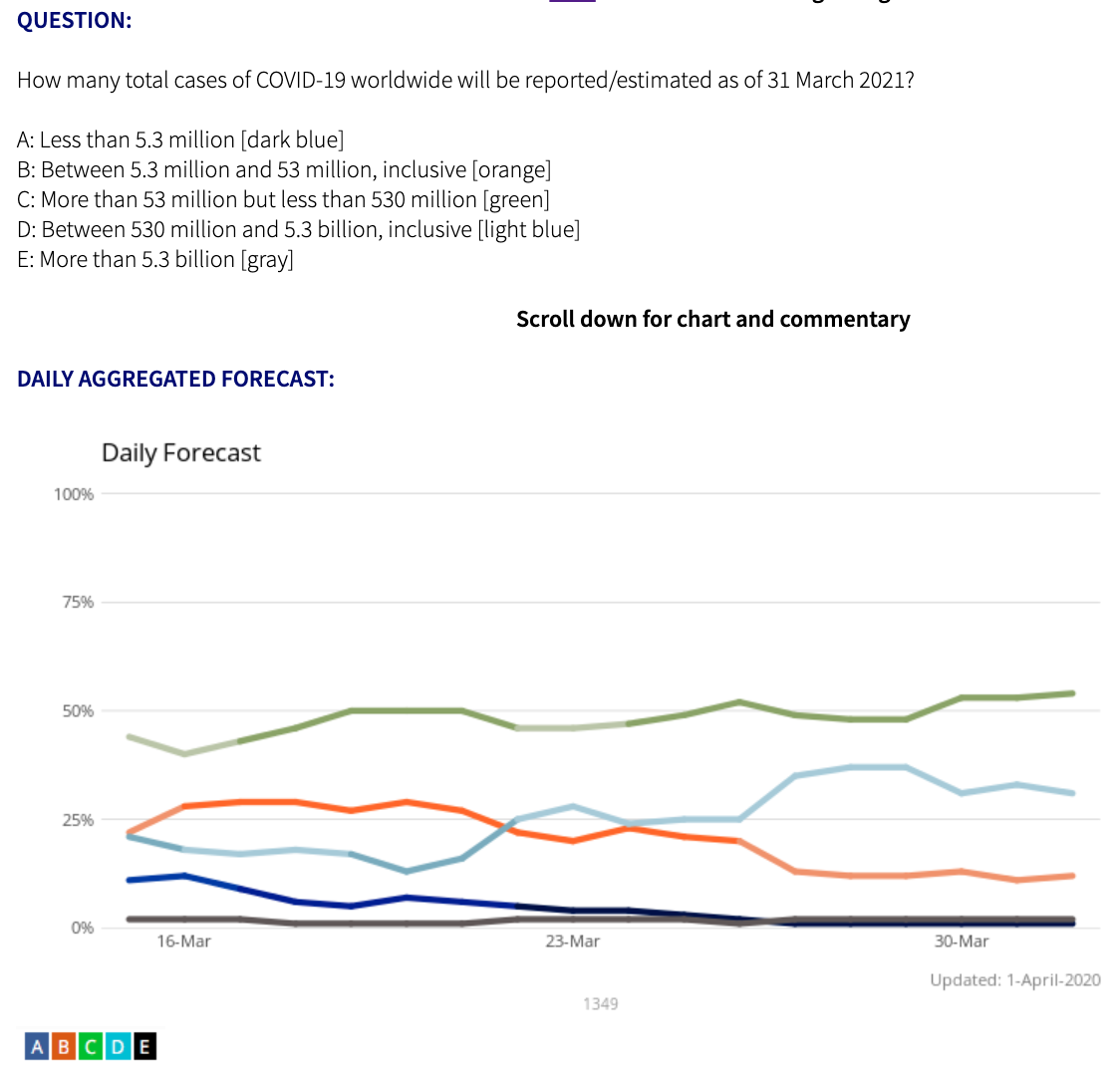 The trend has been stable and increasing since mid-March. The best forecasters in the world were fairly confident there'd be hundreds of millions of cases three weeks ago, and they're getting ever more confident.

Left to headlines, you'd find that out yourself sometime next year.